These are tech/gadget related posts. Archive for 2008.

A long, long time ago, someone decided that an 8 kHz sampling rate was good enough for phone conversations. That's pretty crappy. And cell phones use last century's compression to make it sound even worse. But there is light at the end of the tunnel: AMR-WB on UMTS!

Flash on the iPhone? No thanks.

There have been a lot of complaints about the iPhone not having flash, but even my previous Mac, a 1.25 GHz G4, could barely keep up with Flash on some occasions. I'm quite happy to live without that kind of abuse on the new phone I'm going to stand in line for next month on the 11th.

→ Assisted GPS and the iPhone

Assisted GPS: why the iPhone 3G may need some GPS assistance of its own.

My take on the iPhone 3G, especially its GPS

It was a given that at some point, I would get myself an iPhone. So why delay the inevitable? 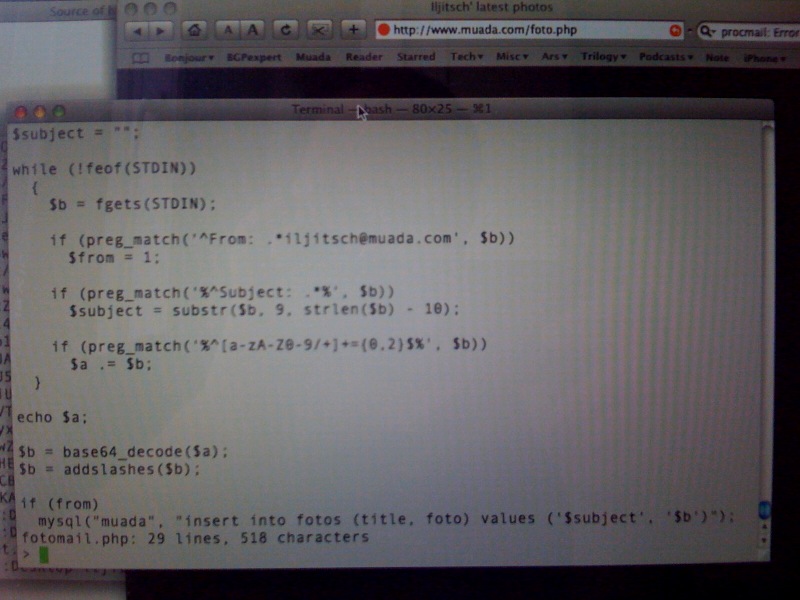 → Using the iPhone’s GPS without a network connection

We know the iPhone 3G has "assisted" GPS that uses the phone's Internet connection, but with some patience and preparation, you can still use Google Maps and the GPS to some degree without connectivity.