These are tech/gadget related posts. Archive for 2020.

Logging in on my Mac using a VT420 terminal

At my first job back in 1992 I had three things on my desk: a big phone, a 486SX PC running Windows 3.0 and a DEC VT320 terminal. Even back then those were pretty outdated, but we still used them for our helpdesk ticket system and our in-company email. (By the way, I recommend that everyone in tech starts as a helpdesker.) Five years later, I started a company with four others, and the first business we did was collect a bunch of VT420 terminals, which we then sold for ƒ 25,- a piece. I kept one for myself.

So the Digital VT100 terminal family holds a special place in the retro tech corner of my heart. Over the years, I tried to connect the terminal to my Mac using a USB-to-serial converter a few times, but never got anywhere. Today, I tried again, and finally got everything to work. 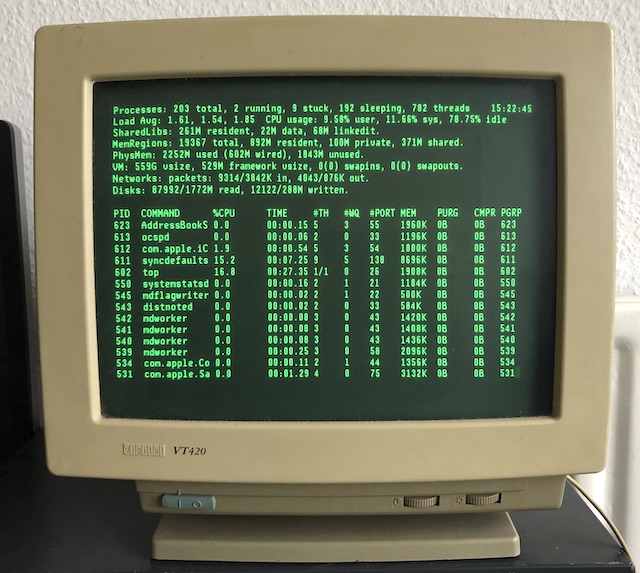 The beautiful simplicity of the serial port

Today, I got a new USB-to-serial adapter. When trying to figure out how to connect a DEC VT420 terminal to a Mac, I learned that as of version 10.9, MacOS has a built-in driver for the FTDI USB-to-serial chip. So I ordered a "USB-console cable" from Amazon. This is a cable that looks a lot like a Cisco console cable but with a USB connector at one end. As the name suggests, you can connect it directly to the console port of a Cisco router. And with the right RJ-45-to-DB-25 / DB-9 adapters, you can connect it to anything with a serial port. 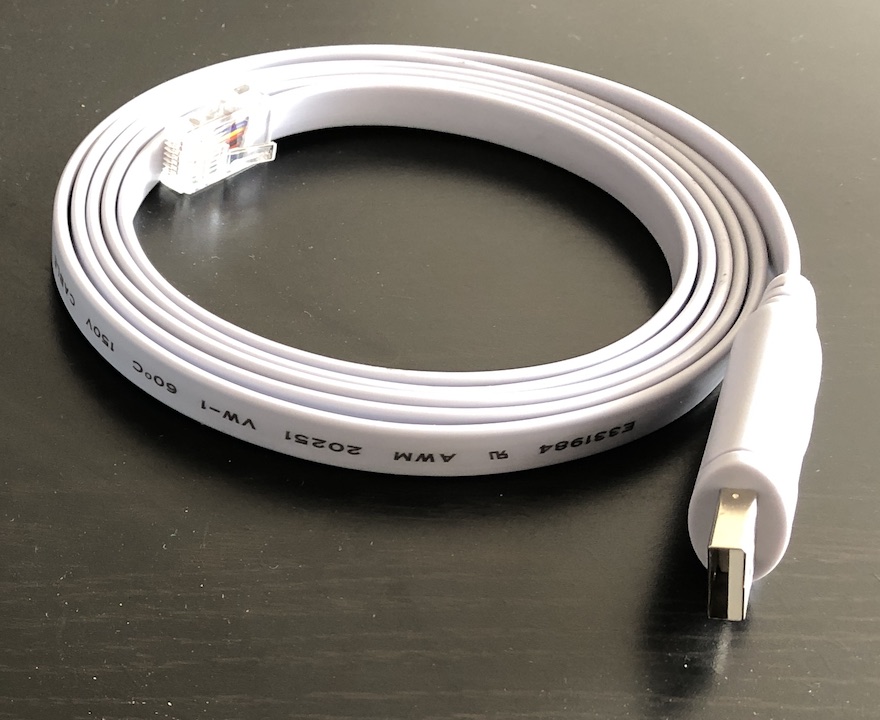 The one perfect programming language

There's an episode of the TV show Friends where Chrissie Hynde has a guest role. Phoebe feels threatened by her guitar playing, and asks her "how many chords do you know?" "All of them."

Wouldn't it be cool if you could give the same answer when someone asks "how many programming languages do you know?"

But maybe that's a bit ambitious. So if you have to choose, which program language or programming languages do you learn?

Back in 2013, I wrote a blog post about archiving. In it, I compared the costs per terabyte (and the weight per terabyte) of several ways to store data for archival purposes. When I read Beyond Time Machine: 5 Archiving over at The Eclectic Light Company blog, I realized that it’s time revisit this topic.

Two weeks ago, I ordered a Mac Mini, my first desktop computer in 20 years. This is sort of a review of the Mac Mini, but I reserve the right to digress. 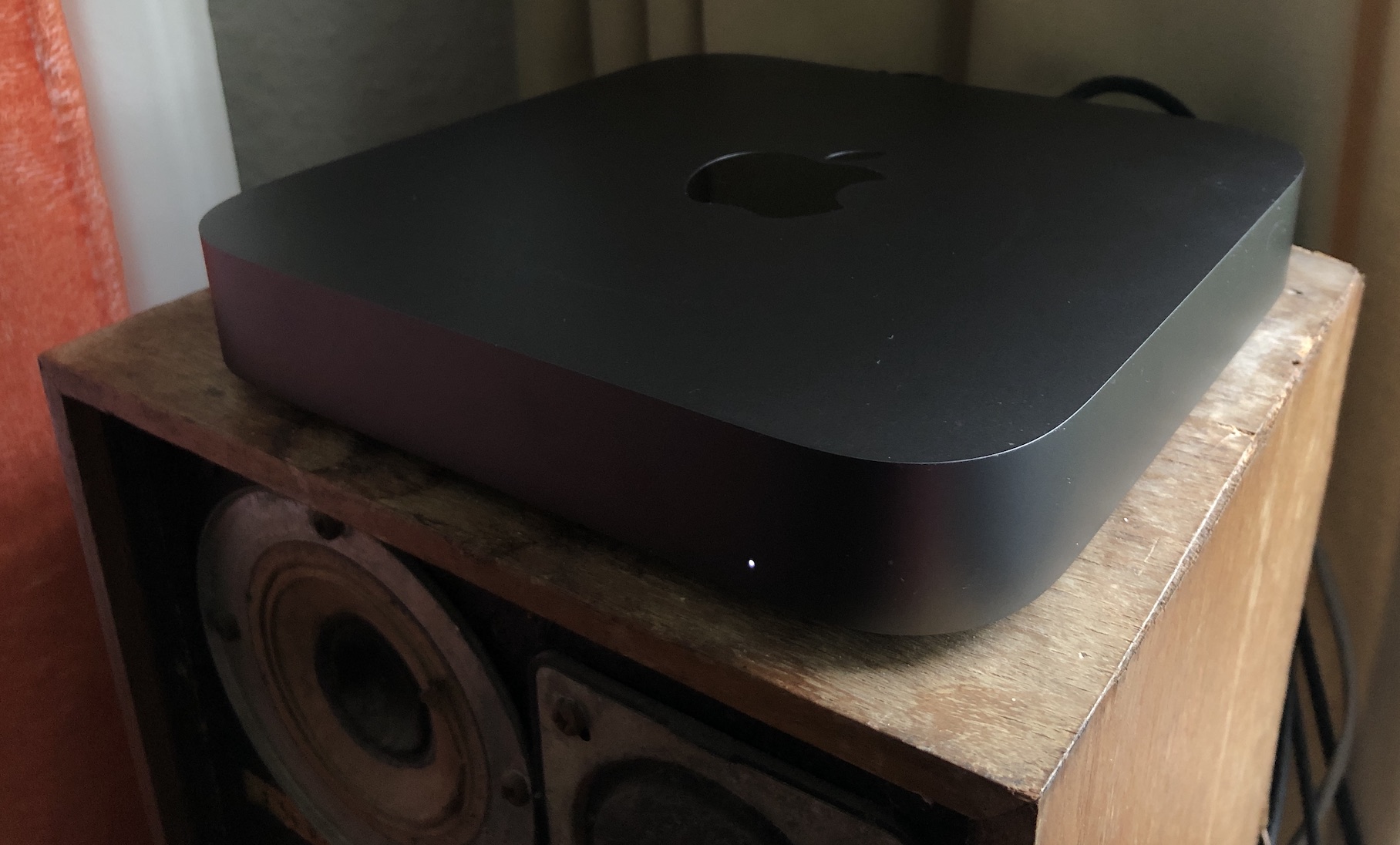 Transitioning the Mac from Intel to ARM CPUs

There have been rumors that Apple will transition the Mac from Intel CPUs to ARM CPUs designed by Apple itself have been around for some years, and now they've come to a head: apparently, Apple will announce the transition at their WWDC conference a week and a half from now.

BASICODE: software distribution by radio broadcast in the 1980s

In 2009, I started an effort to digitize all my cassette tapes. As my last computer that still has a line in port is facing retirement, I decided to finally finish that project. Perhaps more about this later. Turns out some of these old cassettes have weird things on them, including radio broadcasts that contain computer programs.

Even more BASIC: PC-BASIC on the Mac

After my BASICODE adventures a few days ago, I really wanted to see if I could run a BASICODE game on my VT420 terminal.

In this post, I want to look at different ways of running an emulated Commodore 64 (or Commodore 128) and how they compare. The contenders are the THEC64 Mini, a half-size recreation of the C64 powered by an ARM CPU running an emulator, the full-size THEC64 that adds a working keyboard and the VICE emulator running on my MacBook Pro. 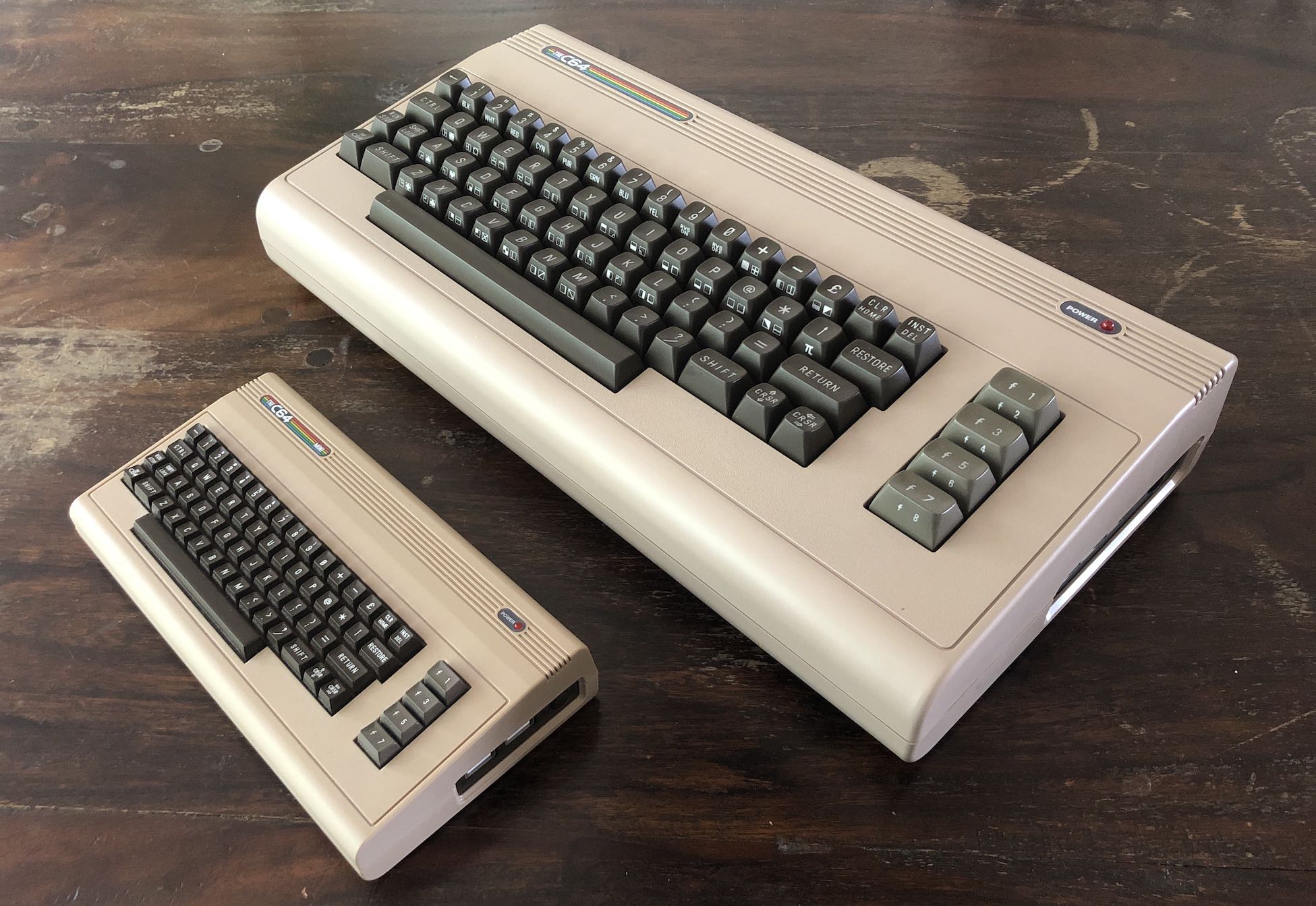 The evolution of computer display technology

In a previous post, I mentioned that it's hard to connect a Commodore 64 to currently available monitors and TVs. I've also had considerable difficulty hooking up my Amiga 1200 to an LCD monitor and getting a clear picture. Probably more about that in a later post.

So I thought it would be interesting to look at how widely available computers since the late 1970s have sent text and graphics to an external display, and the evolution of those systems.

Home computers from the 1980s were intended to be used with a TV as their display.

So as of the second half of the 1990s, all common computer types moved away from TV-based display options towards a common display technology. Then, with the advent of HDTV, TV also made the jump to higher resolutions and digital connections... and now it is again possible to use a TV as a computer display.

Funny how things work out sometimes.

Using a modern monitor with an Amiga 1200 over VGA

After talking about the complexities involved with connecting older computers to newer displays, I was in the mood for a success story.

This is how I finally figured out how to get a decent looking picture from my Amiga 1200 on a Dell U2312HM monitor using a simple Amiga-to-VGA adapter (or cable). 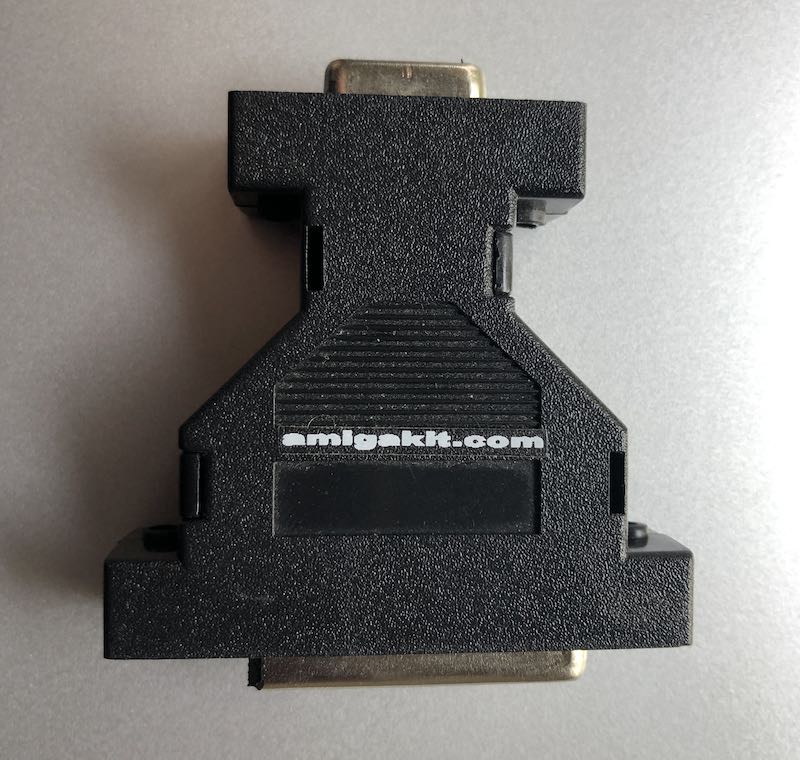 This is the adapter I'm talking about. It has the Amiga 23-pin video connector on one end and a standard VGA connector at the other end. There's no electronics inside, it really only allows for connecting a VGA cable to the Amiga; it's up to the Amiga to generate a video signal that the monitor will understand.

This is a review of the recently released Indivision AGA MK3, which is basically what Amiga people know as a "flicker fixer". More specifically, the Indivision MK3 lets you use pretty much any VGA or HDMI monitor or TV as a display for your Amiga 1200. (It's also available for the A4000T.)

In order to enjoy your Amiga, you have to be realistic in what you can expect from which model, and which upgrades make sense and which don't. In addition, there's three related issues to pay attention to: storage, backup and communication. I'll go over this for all the mainstream Amiga models: 1000, 500, 2000, 3000, 600, 1200 and 4000.

The last few weeks I've been spending some time with my Amiga 1200 and Amiga 3000, and I want to write about some of that. However, I don't want to spend too much of my own time and that of the readers of this blog on that. So my plan is to do a collection of short takes periodically. This will be the first one. Topics: 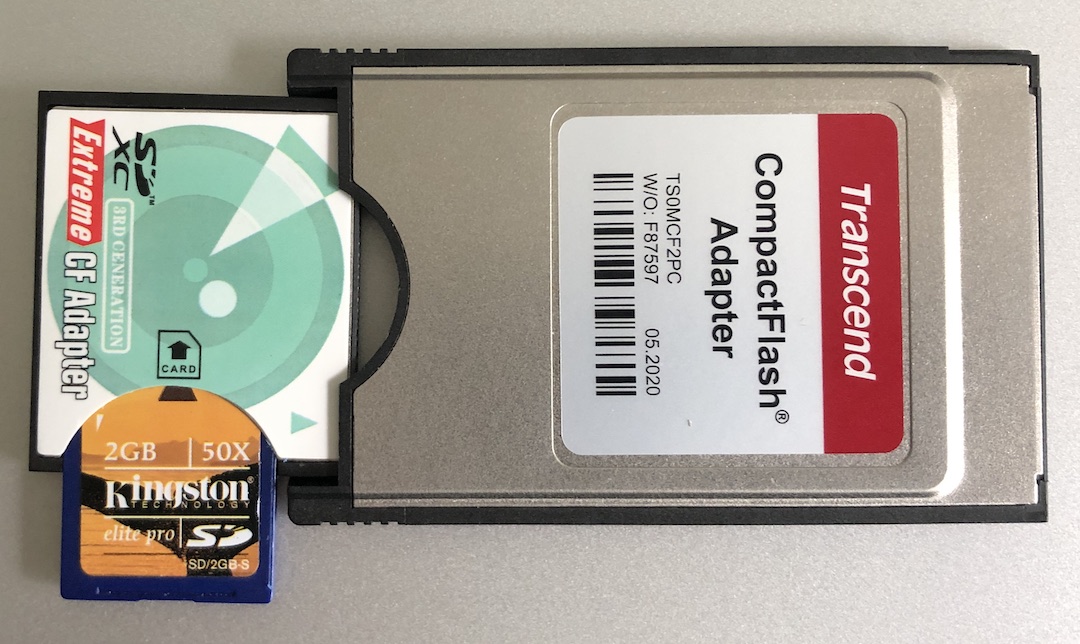 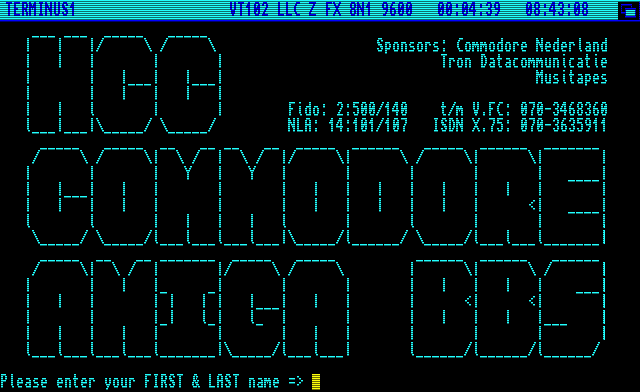 I've been on an Amiga upgrade spree recently. So I thought I'd go over all of them, possibly providing some inspiration or caution to my readers. Apologies in advance for this short take being not very short. Topics: 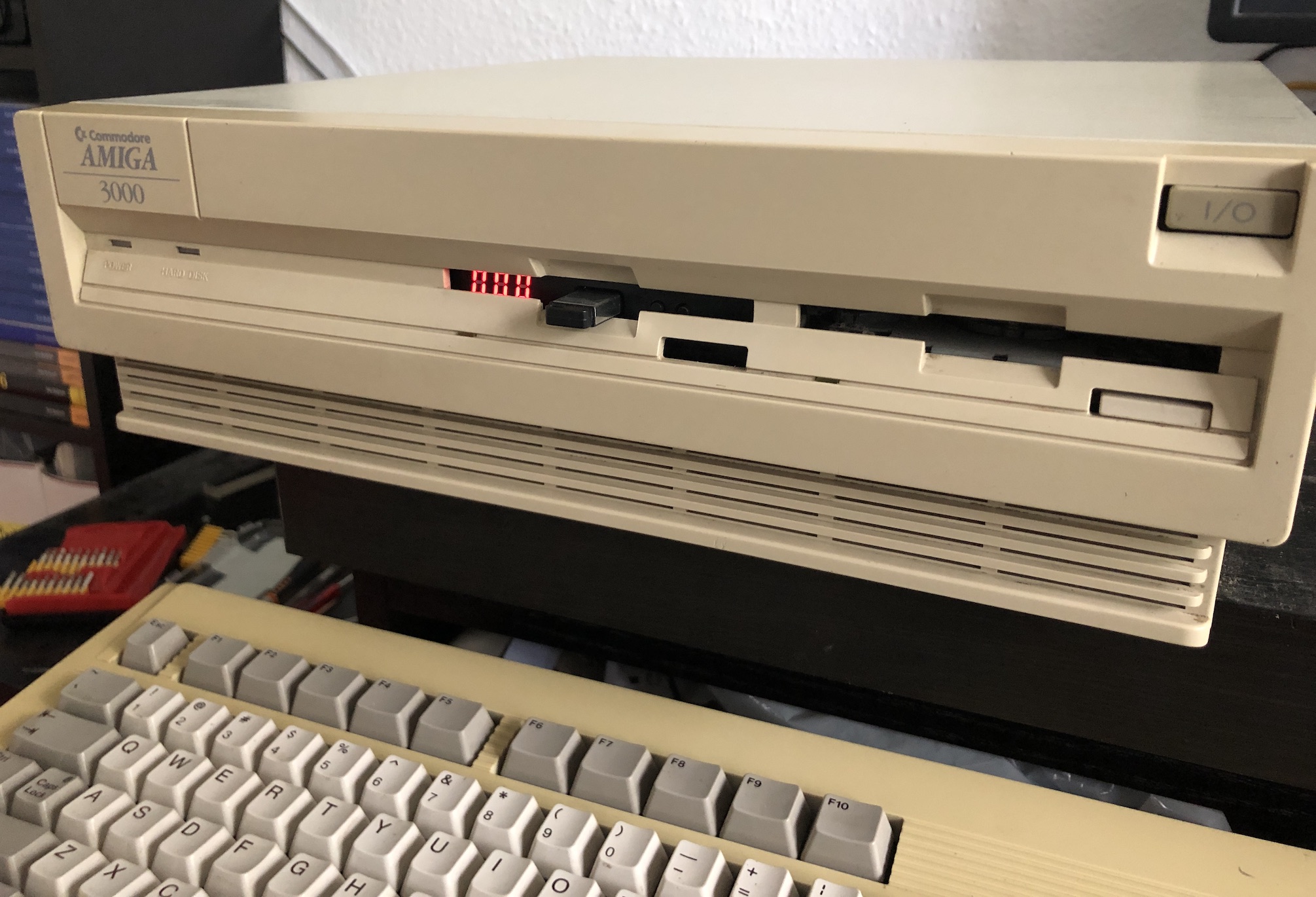 Update: autobooting a superkickstart Amiga 3000 from the Buddha IDE card

Last week, I wrote about upgrading my Amiga 3000, where I mentioned that the Amiga 3000's boot ROMs don't recognize the Buddha card. Turns out, that can be fixed.

Upgrading my Amiga 1200: 68060 CPU, memory, a new power supply, a CF card as the HDD, but mostly networking and trying different ways to get a wireless mouse to work with the Amiga, eventually succeeding with the RapidRoad USB adapter.

The one perfect sorting algorithm

A while ago, we discovered that there is no one perfect programming language. But is there one perfect sorting algorithm? I started thinking about that after seeing this Youtube video: The Sorting Algorithm Olympics - Who is the Fastest of them All. You may want to watch it first before continuing to read this post, as I'm going to give it away in the article. 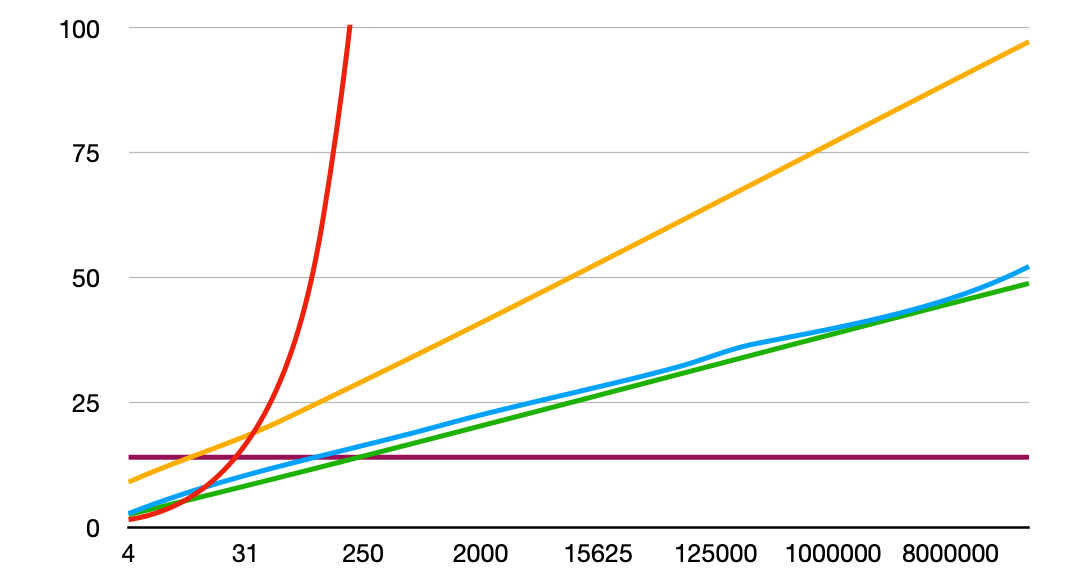 The evolution of computer keyboards since 1980

It's interesting to see how much has stayed the same over 40 years, and also how some keys have been moved around, as well as the differences between Apple's keyboards and the standard PC keyboard.

So I drew the layout of 18 keyboards to easily compare IBM, Apple, Digital, Sun, Amiga, Atari and third party keyboards over the years.